Over the past few days I have looked at non-intersecting (also known as non-crossing or self-avoiding) knight tours on smaller boards.

Beginning with this result of 4x7 = 28 moves on the 8x8 board.This is clearly the best possible since the maximum for a closed tour without the symmetry condition is known to be 32. It would surprise me if this has not been published somewhere before, but no-one has so far found an earlier reference.

Next I found a 4x13 = 52 move tour on the 10x10 board. This is also probably the maximum since the best closed tour known takes 54 moves. 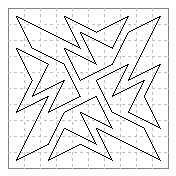 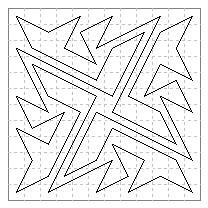 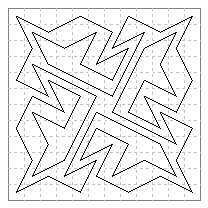 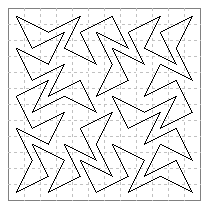 Can anyone fit in the extra two moves in each quarter, or is that impossible?

Posted by George Jelliss at 19:27 No comments:

A colourful and dramatic sky behind the Marine Court building this evening. 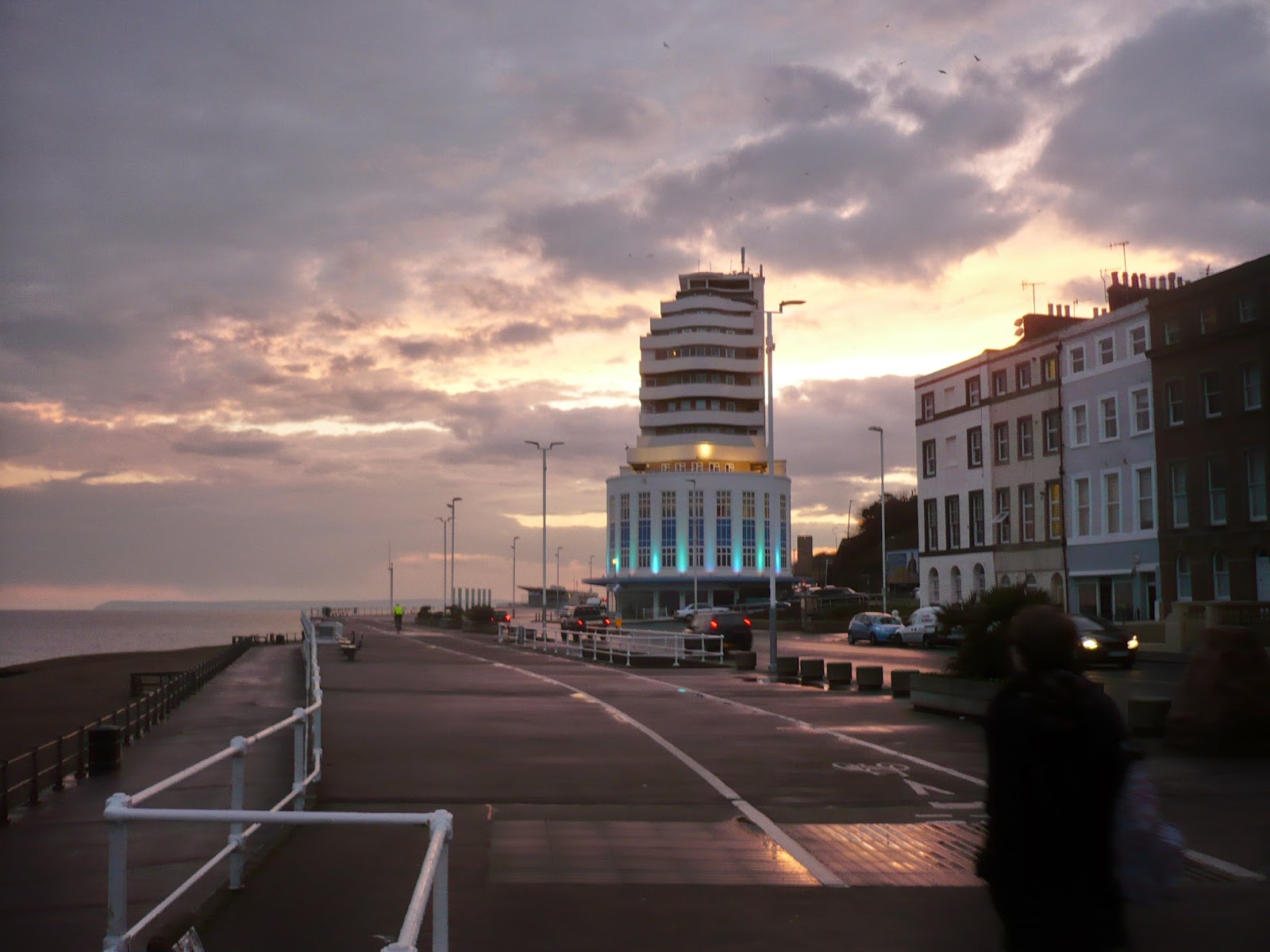 Snapped this as I was beginning a brisk stroll along the seafront to Sea Road. Further than I usually go for my constitutional so must have been feeling energetic.
Or maybe just happy to get away from the noise of work being done on the house all the morning.
The landlord is having all the plaster taken off and replaced.

Posted by George Jelliss at 20:36 No comments:

Another example in birotary symmetry (i.e. invariant to 90 degree rotation) 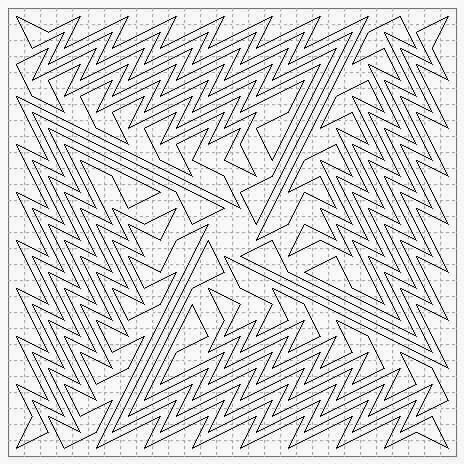 Posted by George Jelliss at 11:38 No comments:

I've just updated the page of my website on this subject:

Here are two new results I've found.
Non-intersecting knight's paths of 164 moves on the 16 by 16 board
showing 180 degree and 90 degree rotational symmetry. 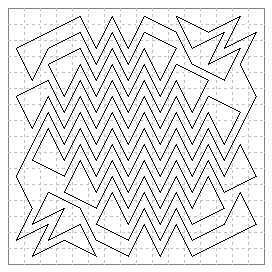 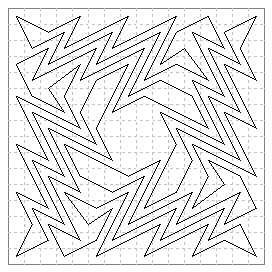 Symmetry in such paths has not been much studied.
Can these be improved upon? That is do the same with more knight moves?

Posted by George Jelliss at 15:53 No comments:

View from my Window

The photo is a typical view from one of the windows of my flat at present. 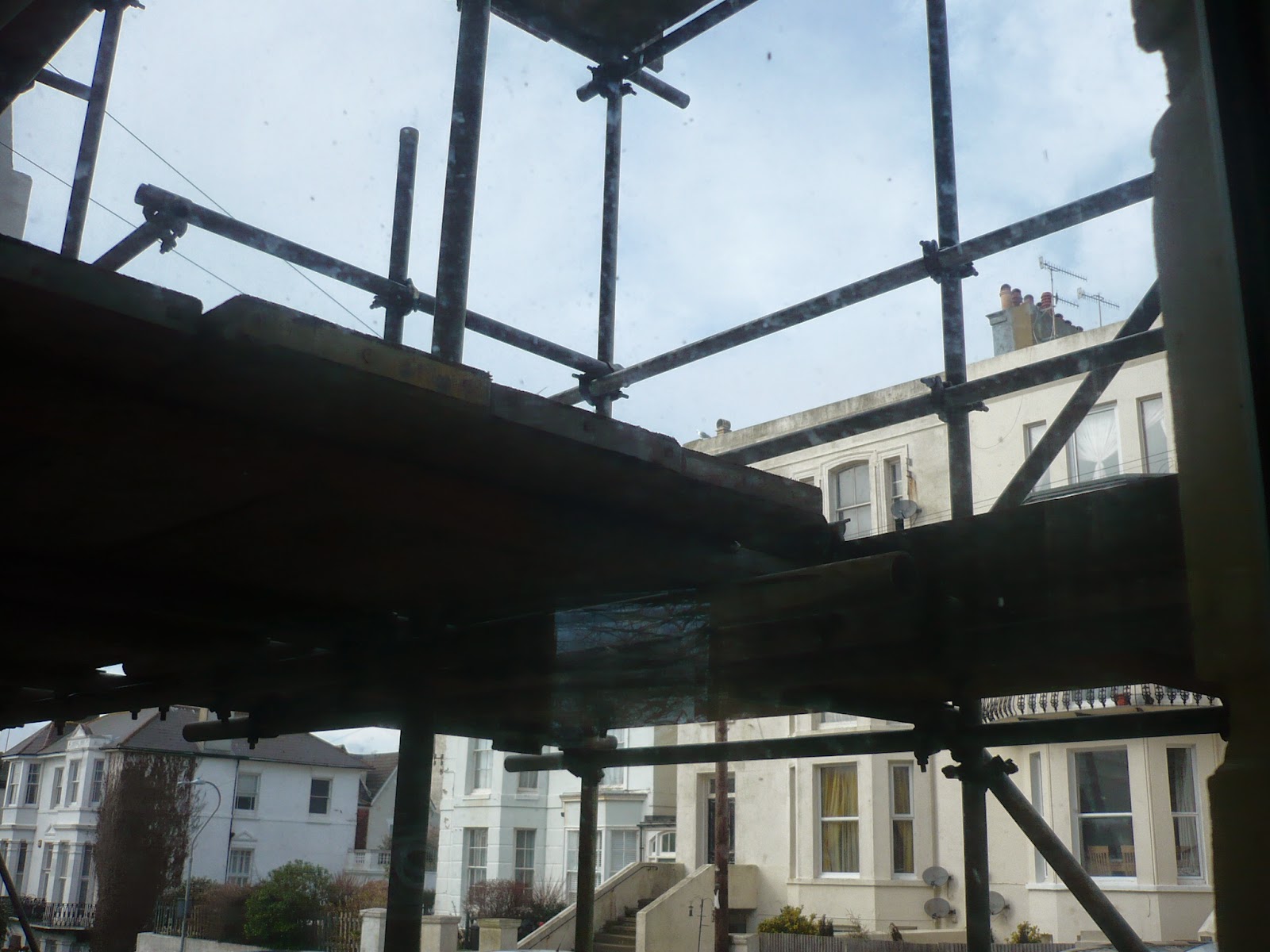 There is scaffolding all round the building as the landlord is having the upper walls cleaned and repainted.

Sorry I've not been keeping this diary up to date.
I've been concentrating on trying to finish my book on Knight's Tours.
More on this soon.

Posted by George Jelliss at 09:49 No comments: