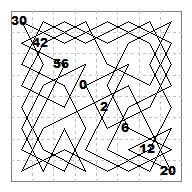 Posted by George Jelliss at 10:09 No comments:

I had an enjoyable weekend at the Bournemouth Chess Congress. Scored 3 wins and 2 losses.
Should have been 4 wins but I slipped up at the end of the third game out of sheer tiredness.
Probably went for too long a walk to Shelley Park and back through Boscombe Chine. Also took a walk round the pier there, where they have a number of musical instruments of xylophone type on display for people to play. This may be an idea Hastings Pier could take up. 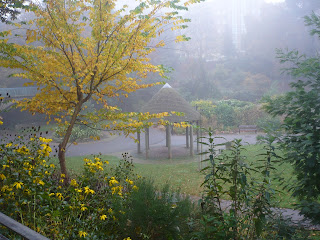 I also slipped up at the end of the fourth game but it was already lost, being several pawns down.
Took another long walk on the Sunday, taking in some plaice and chips at Harry Ramsden's near Bournemouth Pier. Got back just in time for the fifth game, but slipped up immediately at the start by giving away a knight, yet still somehow won.

The hotel I stayed in wasn't as quiet as usual due to a Halloween night party going on till late.

Posted by George Jelliss at 12:03 No comments: