Queens Park Crewe and other Scenes

Here are some photos taken on 27 January when I took a walk in the cold wind to take a look round the Queens Park to the West of Crewe. I've decided to post photos here rather than on Flickr in future. 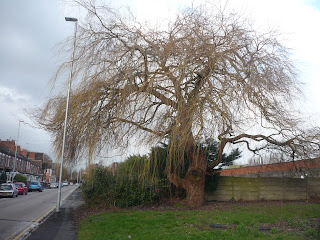 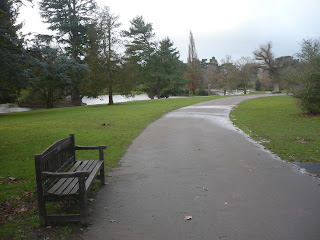 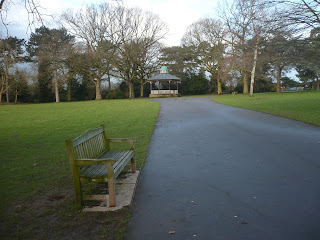 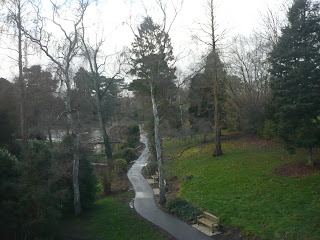 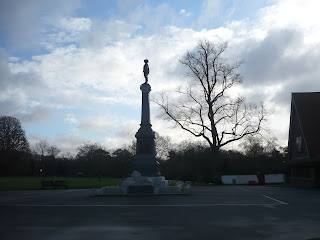 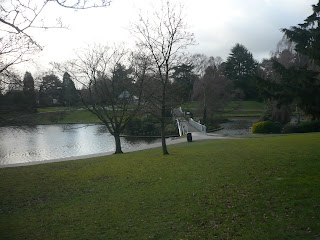 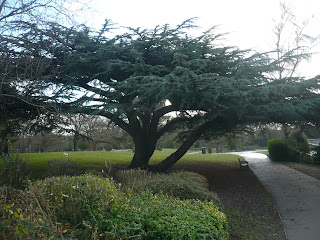 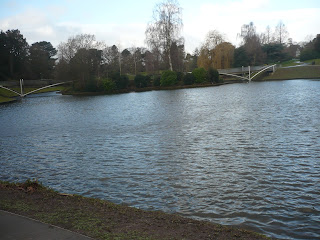 . Unusually these photos all came out clear and neatly framed. Probably because I was not in any hurry, just taking a stroll.

Posted by George Jelliss at 17:17 No comments:

It has taken me a month since I moved to my new flat to work out how to activate the boiler that supplies hot water to the taps. The name on the boiler is 'Zip Aquapoint III'. Here is a photo I took, using a torch for illumination, since it is installed in an inaccessible place at the back of the cupboard under the sink.This is a type I have never encountered before. 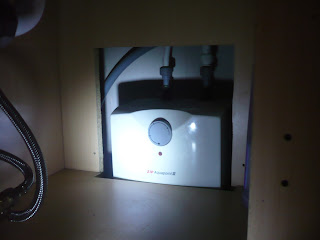 I looked up the make on the Web to find instructions, but they mostly covered installation. There was mention of an 'economy' setting, which appeared to be by moving the circular panel round to the first white dot, but that didn't seem to have any effect. It has taken me a couple of weeks to find a small white switch, right at the back of another cupboard, which switches it on!

There are other more prominent red switches, one of which activates the electric hob. What the other does I have yet to find out. Possibly it is to do with the shower. Meanwhile I have managed to boil up hot water using the electric kettle. Previously I've always used a gas hob for cooking, so an electric hob is unfamiliar and will take some time to get used to. It doesn't help that it is totally black, including the knobs, and not illuminated by the ceiling lights.

Posted by George Jelliss at 11:42 No comments:

We had a little snow here on Wednesday, but since then it has held off and stayed in the south of the country. Here is a photo I took from the front porch of the house. There is a massive church on the corner opposite. 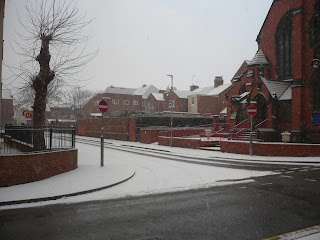 Fortunately the forecast heavier snow didn't reach this far north so I didn't need to put on my snow boots for my first appointment with a GP at the local Medical Centre on the Thursday morning. In the afternoon I took a long walk through Wistaston, returning by bus.
Posted by George Jelliss at 08:28 No comments: