This is a tour I have been trying to construct since before the closed examples previously shown. I have had difficulty connecting it up round the edges without spoiling the central pattern. The darker lines in the first diagram show the parts of the basic zigzag that have been preserved. The other paths across the zigzag can take various forms. 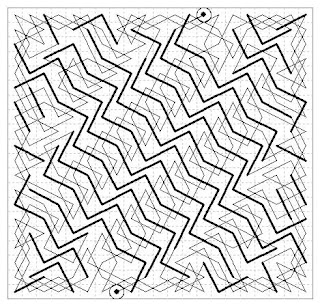 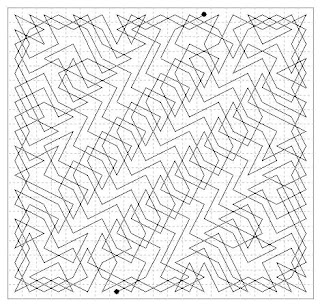 Here is a closed tour using a similar crossing zigzags plan that I constructed the next day. The connections round the edges worked out much more easily than for the open tour. 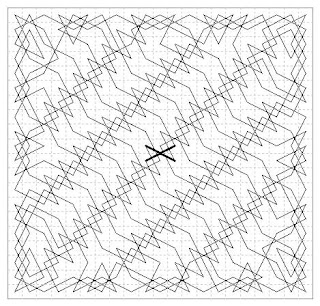 Crossing Zigzags
I have emphasised the two moves through the centre point.

Posted by George Jelliss at 12:18 No comments:

Here are some closed knight tours on the 20x21 board for the new year. They all show 180 degree rotational symmetry of Bergholtian type (i.e. passing twice through the centre. Eulerian symmetry (going round the centre) is impossible on this board (or any board doubly even by odd).

I first show a pattern on which the first tour was based. The spots indicate cells where no knight move is possible. 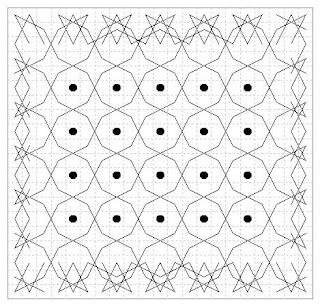 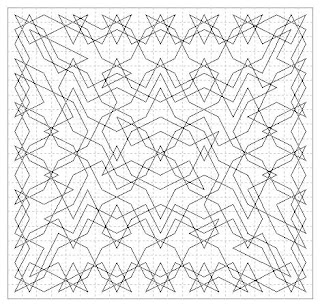 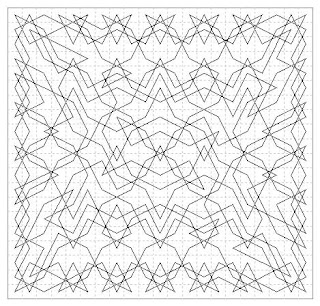 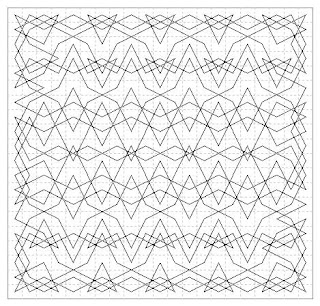 Posted by George Jelliss at 21:36 No comments:

Here are some more 18x18 knight tours with 90 degree rotational symmetry. I've also been showing these on Twitter, where they have received some appreciation. 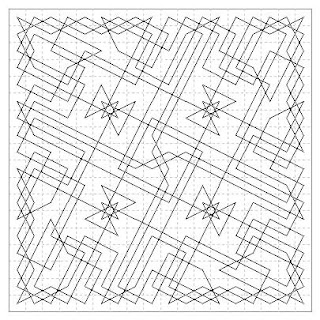 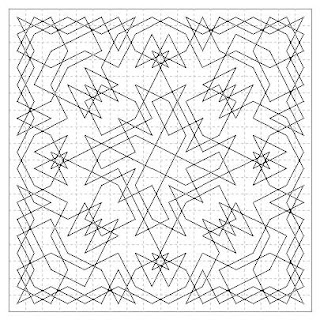 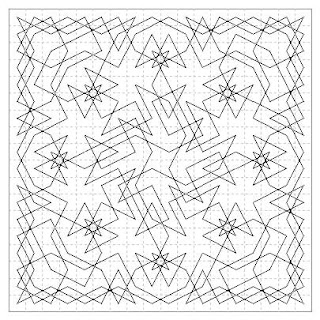 moths
The two lower diagrams maybe give an impression of moths around a fire.

Posted by George Jelliss at 09:47 No comments: