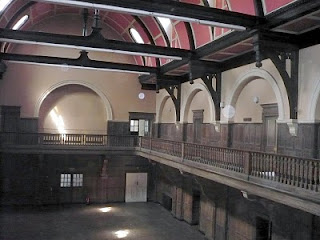 There was to be a Commemoration Service in Southwark Cathedral from 2pm, but since it was such a lovely sunny day I couldn't face the dark interior of another building and instead took a trip on the river-bus down to Greenwich, which like to visit at least once a year. More on that perhaps in a separate diary entry.
Posted by George Jelliss at 09:35