The wazir tour with squares in a row on boards 2x2, 6x6, 10x10 and so on was published in Chessics #21 (1985). It occurred to me yesterday to look at the same problem on the 8x8 board but using the king as the touring piece. It appears that a solution with the square numbers in order of magnitude is just beyond the realm of possibility (with a knight move in place of one of the king moves it can probably be done). However I did find a solution with the numbers slightly out of order: 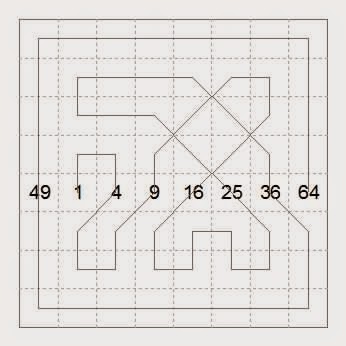 I set this as a puzzle on twitter, but haven't had any claims of anyone solving it yet. Of course the tour is not completely determinate. Some of the parallel pairs of moves can be replaced by crossing diagonal moves. But with the condition "minimum crossovers" it is probably unique. It includes a 6x6 solution with the numbers in correct sequence in the central area.